Each year the St. John's International Women's Film Festival brings hundreds of films to St. John's from around the world. The festival chose Waterwerks to create a look for its 24th year. We wanted to set the focus on the viewer and portray the idea that they would be missing out on a great time and many exciting possibilities if they did not attend the festival events.

As a part of the team, I created many components of the integrated campaign including a bus wrap, advertising signs and posters, as well as designed t-shirts, pop-up banners, and passes. I also contributed to the program and made sure all the pieces fit together into cohesive campaign that was true to the original idea. 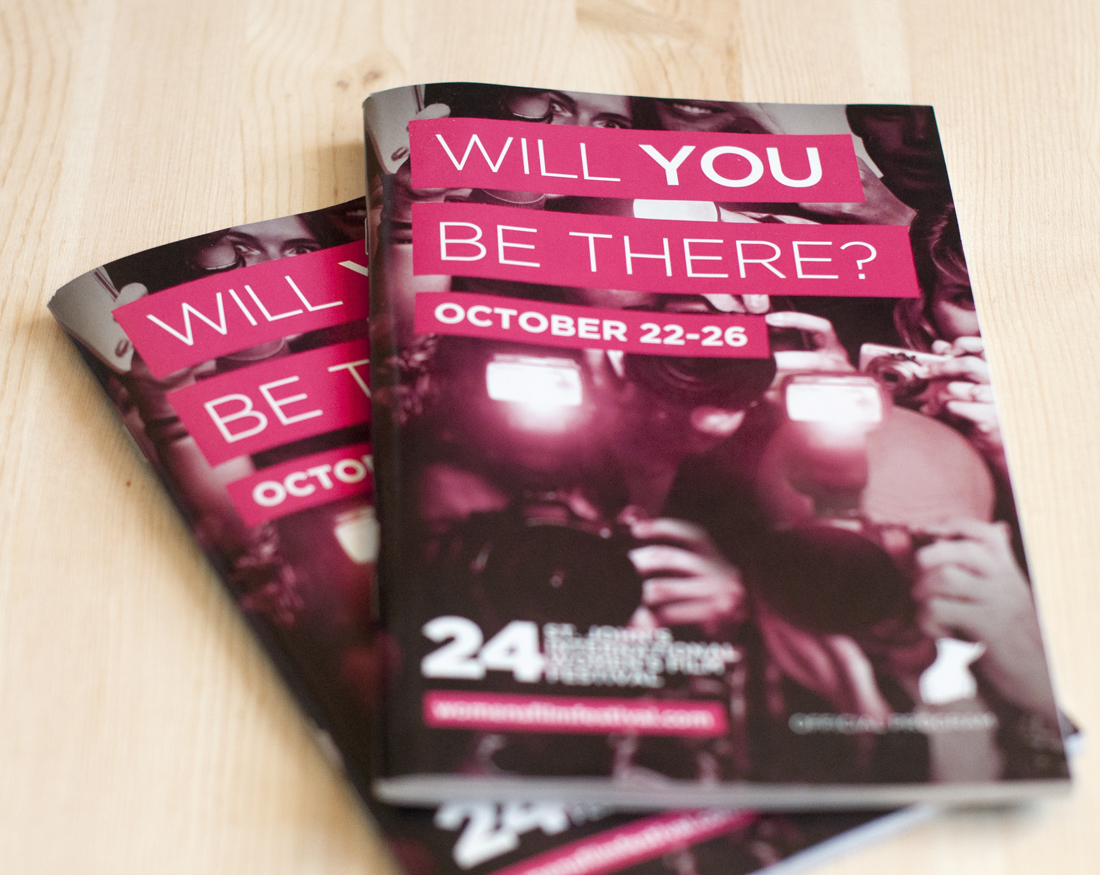 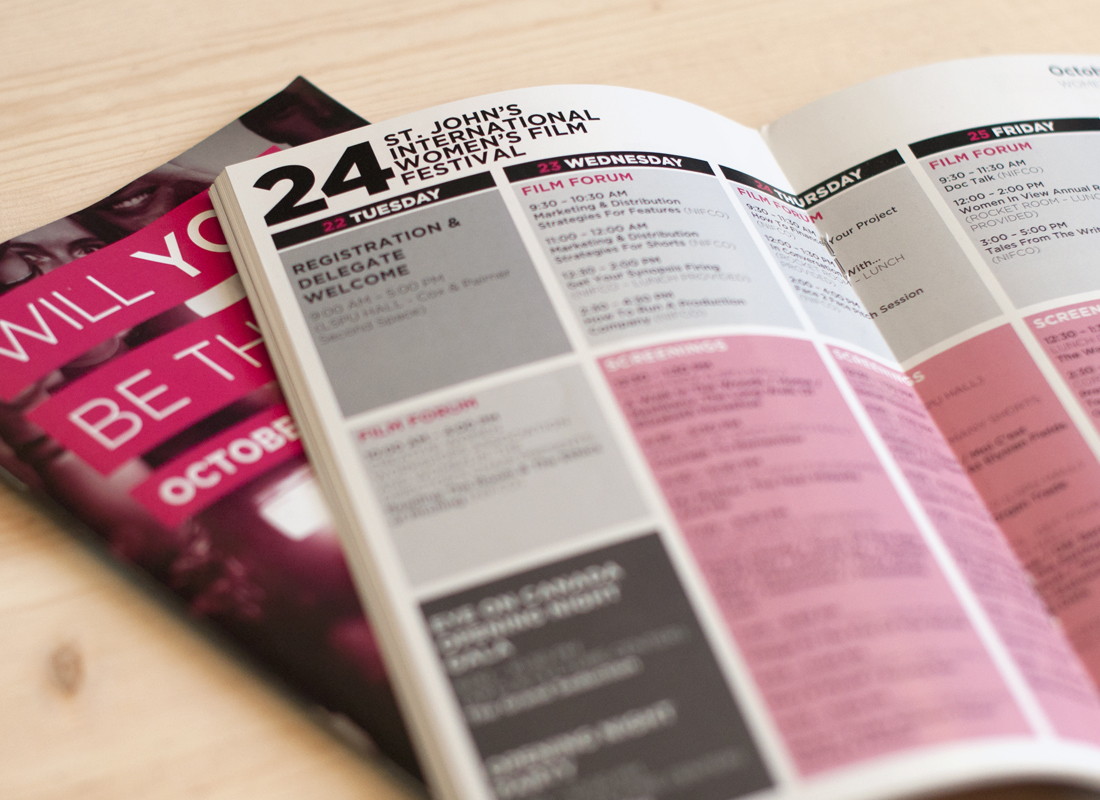 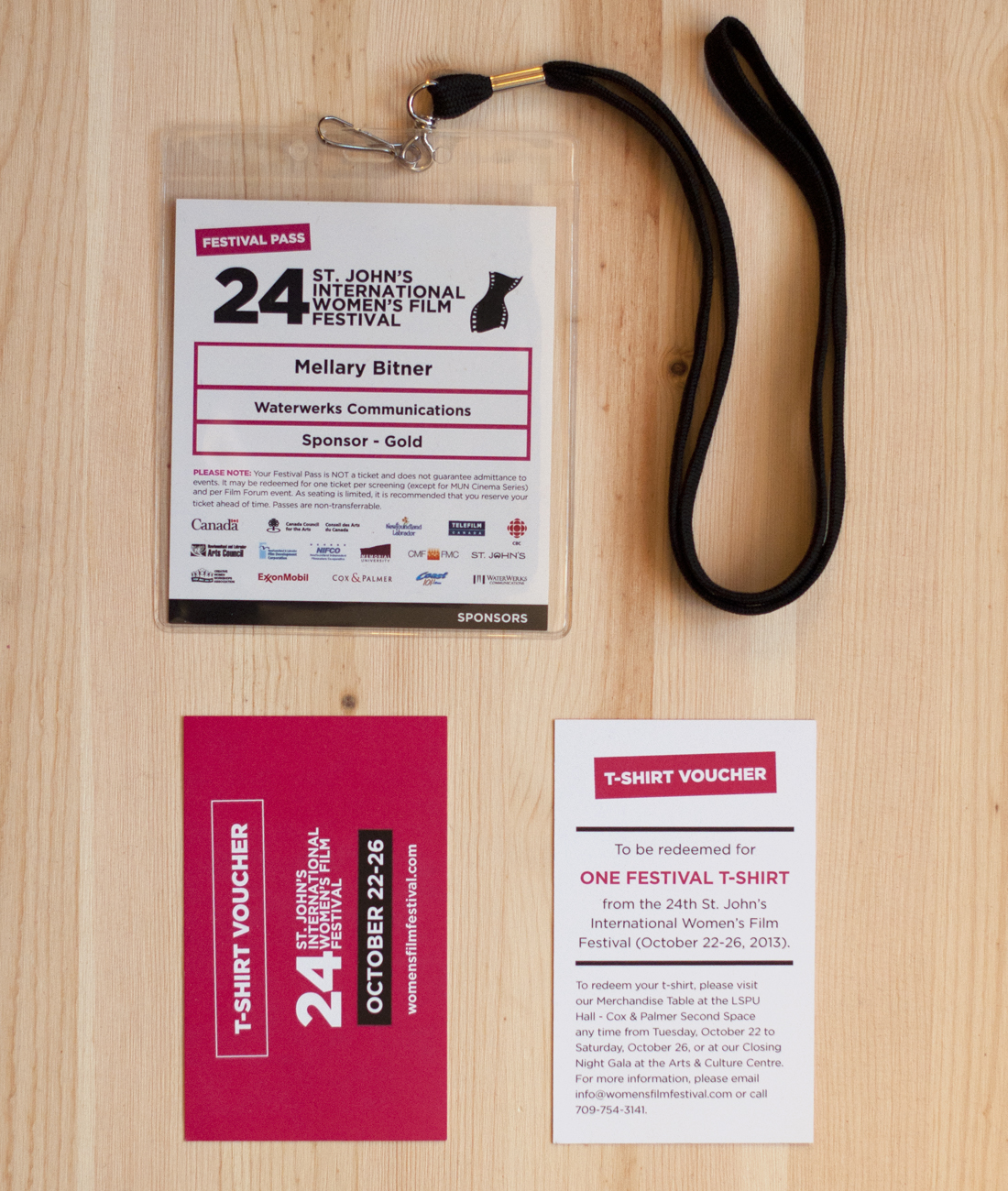 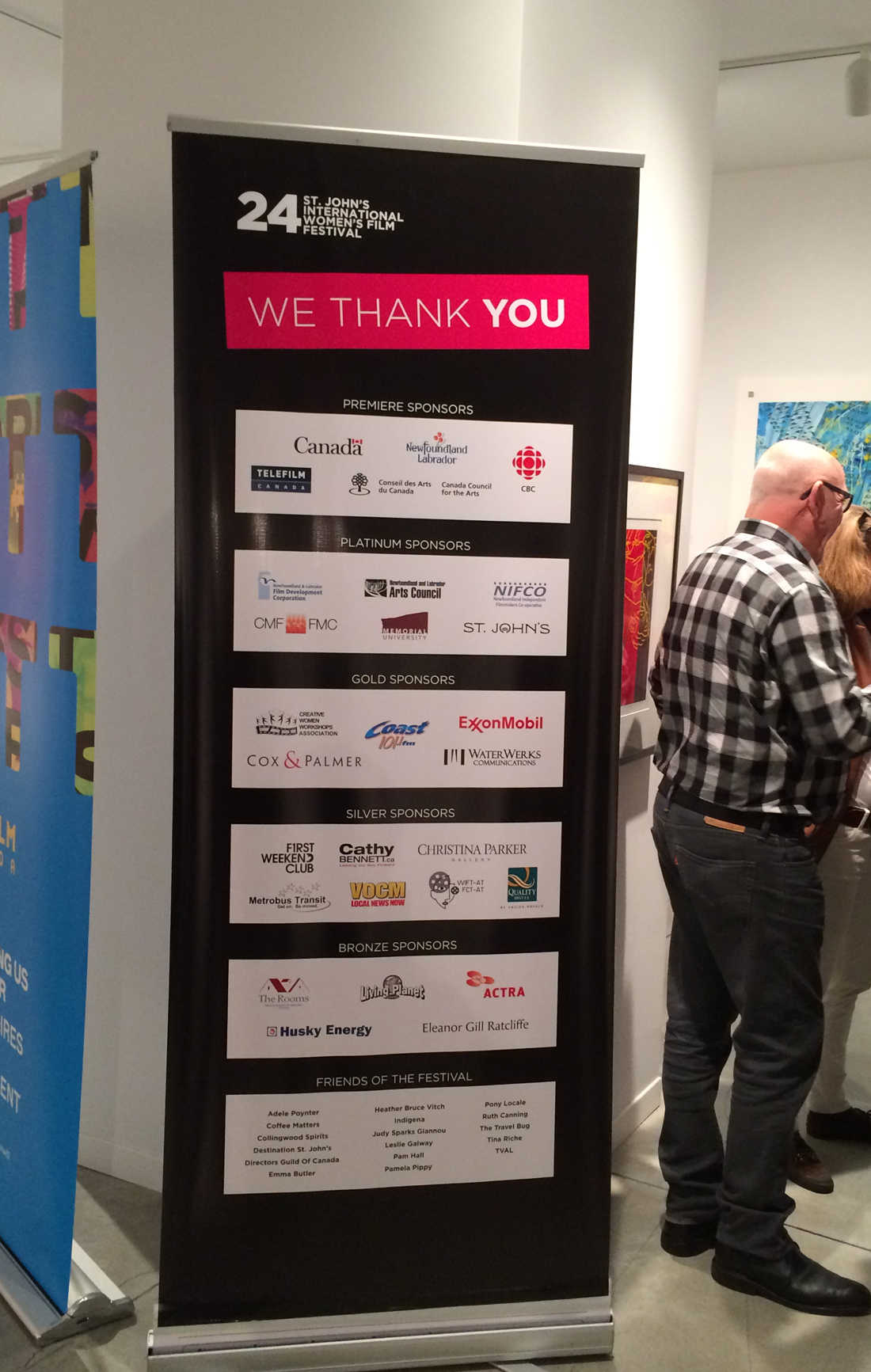